Word of mouth marketing – what does that even mean?

Last week, I got to have an overdue hangout session with my friend Amy. When she’s been gaming lately, Overwatch has been her game of choice.

My husband, brother-in-law and myself have been back on the World of Warcraft train for the past few months and switched servers to start over again. Horde just wasn’t doing it for us like it used to, y’know? And my brother-in-law happened to choose a high population server with a low number of Horde players on it (who would’ve thought Proudmoore… named after Jaina Proudmoore…one of the main members of the Alliance… would be an Alliance-heavy server…) so the end-game was non-existent.

I talked with her about how we’re playing again and she was interested in the developments that’ve taken place since she left around a year ago. The Broken Shore questline is finally realistic, Argus is neat, all that jazz.

By the end of the day, she ended up rebooting her subscription and making a new character on our new server of choice.

Word of mouth is a hell of a drug, my friends.

Gamers play games with their friends

It’s been proven time and time again by many prestigious market research firms that gamers will almost always choose to play games with their friends.

Now, single-player games are kind of out of this equation – however, recommendations are still heavily influential when you hear them from a friend rather than from a website, a press release, or any other format.

In 2009, this stat made the rounds but nearly a decade later, it’s still applicable –

So the example I used up at the top of this article is just pure word of mouth. There’s no real marketing at play here – I’m motivated to get my friends to play with me so we can have a better time enjoying the game itself.

World of Warcraft is an MMO and I fall very, very solidly into the Socializer square of the Bartle Test. If I’m going to keep enjoying the game, I want to interact with people I enjoy.

For word of mouth marketing, what it boils down to is enabling the influencers. There are a few different approaches to how exactly you can plan to do that but at the end of the day, you’re giving people who enjoy your game the tools to spread the word through their networks.

These days, however, it’s insanely hard to enable the known influencers. Most every blogger who can spout their social media follower counts has a fee attached to their review system and getting on the bigger sites requires some sort of ad spend.

People have gotten way more savvy about being influencers. How can you still reach them without spending your entire marketing budget?

Some tactics to consider

If word of mouth marketing is what you want to try to focus on, there are a few bootstrap approaches you can take to help seed conversations. Note – if you’re doing this, do it ethically. You always want your evangelists or supports to disclose if they’re receiving any sort of funds from you in any capacity. I’m looking at you, Sony.

At the very least, do me a favor – think about the games you’ve loved and enjoyed over the years. How did you start playing them? Or what got you to play the very last game you’ve touched? Was it friends or a demo or an ad, or something else? Let me know in the comments. It’d be interesting to do our own mini-survey here. 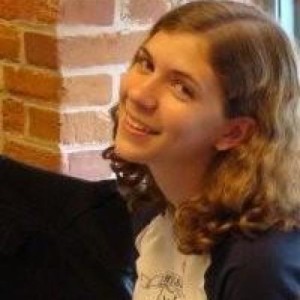 All Posts
PrevPreviousHow to host a webinar
NextGreat Campaign from October, 2017: A Goose Game Wins the Internet for a DayNext